New Challenges and Opportunities Arising from Changes in Indonesian Capital

Recently, Jakarta has suffered the worst urban flood in 7 years. The traffic in various districts was paralyzed due to large floods. The disaster has killed more than 60 people, affected more than 40,000 families, and put 180,000 people in danger. And it is reported that Jakarta is sinking at a rate of more than 20 centimeters a year. As the capital of Indonesia, Jakarta has a population of more than 30 million, and high housing prices have discouraged many employees. 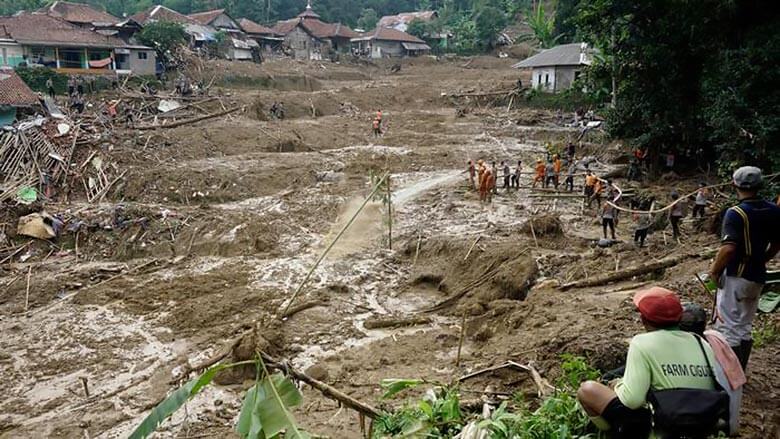 In Jakarta, the average price of a house is about IDR 4 billion, the average monthly salary is only IDR 3 million, and daily consumption is extremely high. For ordinary office workers, there are no extra funds to pay for a house other than the daily expenses. In addition, the traffic congestion in Jakarta has played a serious lag in Indonesia's development. Bambang Brodjonegoro, Indonesia's planning minister, said that traffic jams in Jakarta brought tremendous economic losses to the state which has reached up to 10 trillion IDR (which is equal to $6.8 billion or £5.4 billion). According to the information, Indonesian leaders have been planning the capital moving for decades. Joko widodo, the President, has been determined to move the capital since he took office. Now, with the development of Jakarta, green spaces and forests have been turned into estate, and conservation functions have been lost, which results in 40% of the city under the sea level, and more than 4 million people are at risk of losing their homes. Under the pressure of this situation, Indonesian President Joko set up a special agency which is responsible for the construction and relocation of the new capital, requiring that a capital relocation plan be formulated within one year, construction to be started in 2021 and completed in 2024. 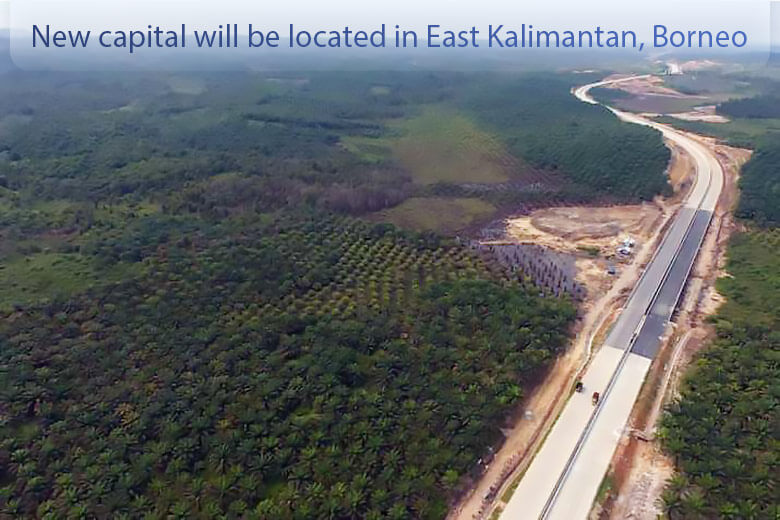 Capatical will be moved to East Kalimantan

Indonesian President Joko announced that the new capital will be located in East Kalimantan Province of Borneo, consisting of two regions, North Penajam Paser and Kutai Kartanegara. And the capital area will reach 180,000 hectares. The choice of the place to move the capital is important to a country and affects the development of the country in all aspects. So what charms of the new capital can bear the fate of a country? What challenges will it face and what opportunities can it bring? This article will introduce you in detail.

Before the capital relocation plan is announced officially, the Indonesian government conducted a three-year in-depth investigation. Indonesian high-level officials have also traveled to Brazil, Myanmar, Kazakhstan and other countries to discuss the experience of capital relocation. The reasons for the final location in East Kalimantan can be described in three aspects: 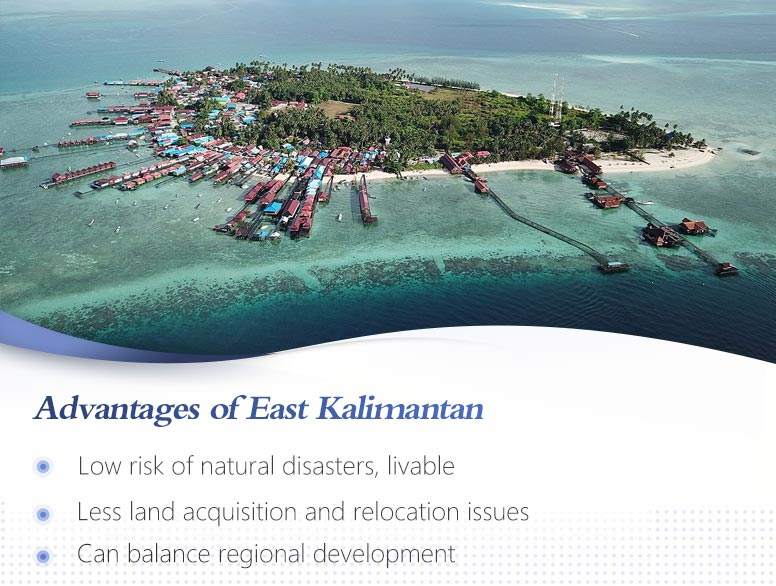 Why is the new capital chosen in east kalimantan

First of all, the new capital is located in East Kalimantan Province, which rarely suffers from natural disasters such as floods, earthquakes, tsunamis, volcanic eruptions, and mudslides. Secondly, the large area of land at the site is owned by the government, and there are no thorny issues such as excessive land acquisition and relocation in the development process. According to the New York Times, the Indonesian government currently owns 440,000 acres (approximately 1780.6 square kilometers) of land in the area, and the cities adjacent to new capital already have a considerable degree of infrastructure and logistics infrastructure, which can support more for new capital. Finally, relocating new cities can balance regional development. The new capital is located in the geographic center of the archipelago, which will not only promote the development of the Kalimantan region, but also take into account the development of the east and west.

The challenges of capital moving

The first problem in relocating a new capital is funding. Moving the capital is expected to cost IDR 466 trillion, but the Indonesian government plans to contribute only 19% of the funds, and the rest will be financed by corporate tenders. The huge funding gap also poses a significant uncertainty on whether the relocation of capital can proceed smoothly. The Indonesian government's debt ratio now accounts for about 31% of GDP, which is lower than the EU's warning line of 60%. 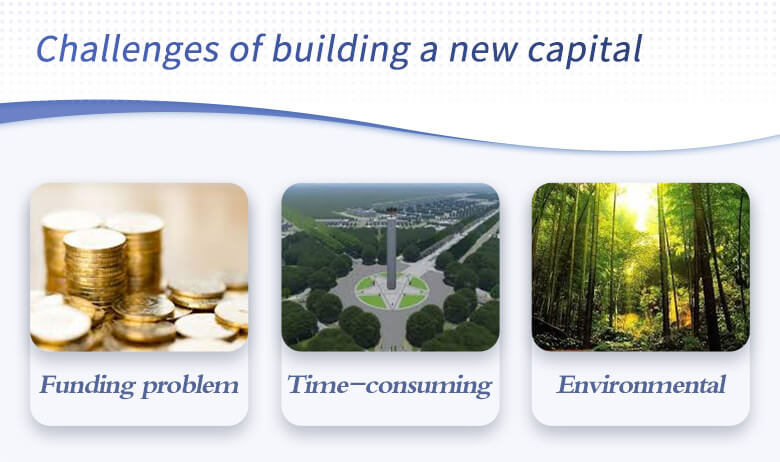 What challenges will capital relocation bring?

According to statistics from the Indonesian Ministry of Finance, as of the end of November 2018, the total debt of the Indonesian government reached 4,595.97 trillion IDR (which is about 310 billion US dollars and accounting for about 31% of Indonesia's GDP). Therefore, the Indonesian government can also use debt to build a new capital as an alternative. But the vast projects which will cost decades-long construction cycles will occur many hidden expenses. Secondly, the relocation project is huge and cumbersome, it may take decades, and the cost is likely to far exceed the budget. It will also face many internal resistances in Indonesia, such as environmental protection. At the same time, the forward-looking and scientific plan of the construction of the new capital of Indonesia also affects whether the new city can flourish. Thirdly, Kalimantan Island has dense virgin forests, various rare animals, and still retains a trace of mystery from ancient times. The island's rich resources need to be developed, but such a good natural environment is also worrying that it will be damaged. Environmentalists are worried that the relocation will accelerate forest destruction in Kalimantan, posing a threat to the environment that protects animals such as orangutans, male bears and proboscis monkeys.

Joko attributes the reason for capital relocation to "achieving equilibrium and equality in economic development". Jakarta is still Indonesia's main foreign investment destination, but during the presidential campaign period, Joko promised to promote economic development outside Java. It is worth noting that 81% of the new capital construction came from the Public-Private Partnership (refer to PPP) model and private investors, which released a clear signal to attract investment. During the presidential campaign period, Joko stated that he would continue to attract foreign investment, hoping to attract at least $60 billion in direct investment from rich Asian countries in the next five years. In November last year, the Indonesian government revised and published a negative list of investments to significantly relax foreign investment access or shareholding rate. Foreign investors can own 100% equity in industries such as Internet services, pharmaceuticals, acupuncture service facilities, commercial galleries, art performance galleries, and tourism development. According to the investment report of the first half of 2019 issued by the Badan Koordinasi Penanaman Modal (BKPM), from the perspective of investment fields, the top five foreign investment industries are hydropower supply, telecommunication, housing construction, metal products, and mining. Recently, Paulus Totok Lusida, Secretary General of the Central Council of the Indonesian Recreational Equipment, Inc. (REI), said that after the relocation of the capital, real estates projects such as office buildings, hotels, residences and hospitals. 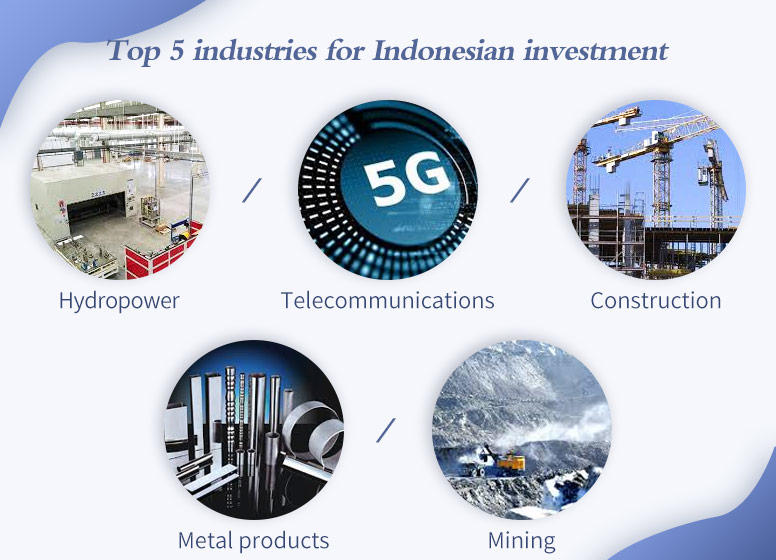 Which industry can be invested in Indonesia

It is estimated that the total investment required over the next 10 years will reach IDR1,000 trillion, so developers should seize the opportunity to invest. On November 26, 2019, Liqun Jin, Chairman of the Asian Investment and Infrastructure Bank (AIIB), said in an interview with Jakarta on the sidelines of the Infrastructure Forum held in Jakarta that he would provide funds for Indonesia's relocation of the new capital and the development of the capital's infrastructure. On December 13, former President of the World Bank Jim Yong Kim announced that he would invest in Indonesia's infrastructure, including electricity, airports and transportation roads through Global Infrastructure Partners (GIP) in 2020. Relevant personnel is expected that Jim Yong Kim will invest capital, bu$3 billion in infrastructure development projects in Indonesia, and the project is reported to be entered the initial stage. In addition, it is reported that the function and positioning of the new capital would be in line with the needs of the development of the digital economy. Joko revealed earlier that the goal of new capital is to become an intelligent, modern and green city. Some analysts pointed out that Indonesia's Internet market is active, and the development of the capital in the future will be closely integrated with emerging information and communication technologies. 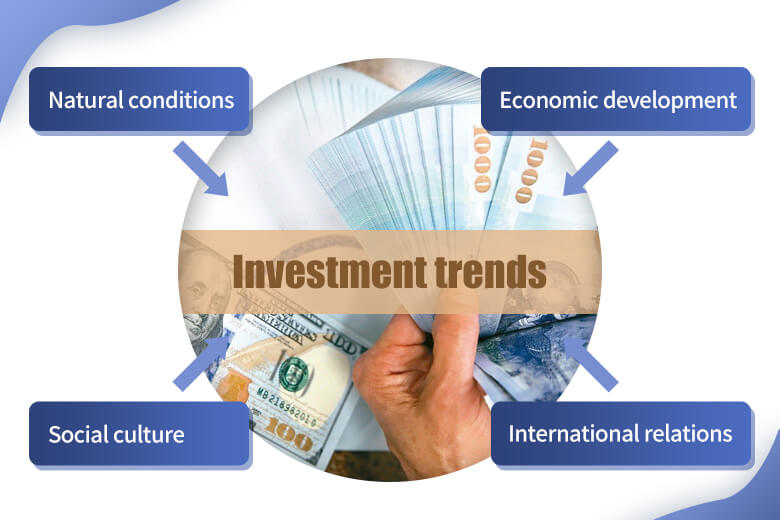 The investment trends in Indonesia

The government will definitely launch corresponding policies, actively build a digital economy enterprise development ecosystem, coordinate domestic and foreign capital, technology, and talent circulation, and the new capital is bound to become another major emerging hot market in Indonesia. From a longer-term perspective, the investment opportunities are not only in the construction of the new capital but also in the overall changes in Kalimantan brought by the relocation of the capital. The relocation of Indonesian capital may play an important catalytic role in the development of the entire Kalimantan island. Because of the relocation of the capital, the strategic importance of the entire Kalimantan Island will be greatly enhanced. Infrastructure construction and socio-economic development may also be greatly accelerated, and it may become one of the core regions of Southeast Asia, which will change the past geopolitics and economics. Investors can research on Kalimantan from several aspects, including natural conditions, economic development, social culture, and international relations to prepare for investment in the future.